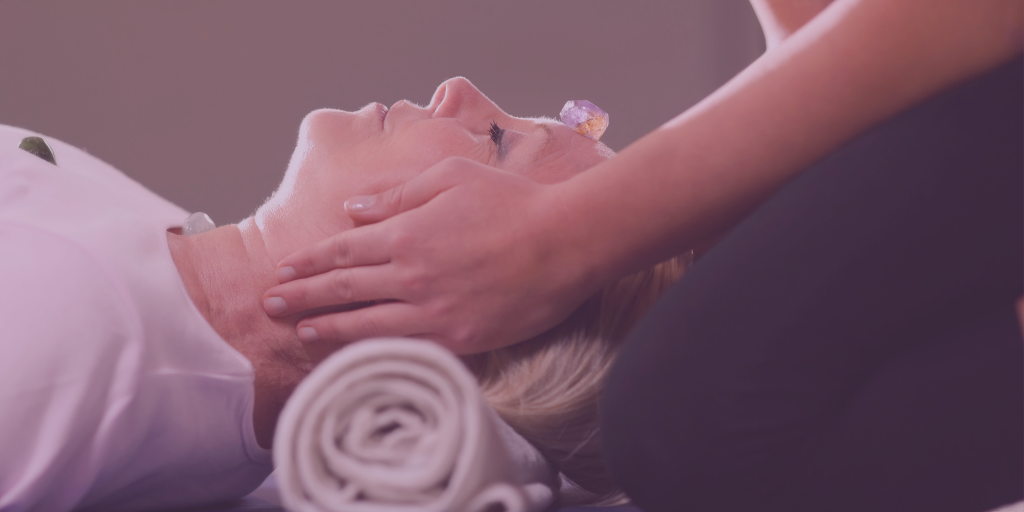 What is Reiki? Your new energy therapist.

Wikipedia defines Reiki as “a healing technique originating from Japan in the late 1800s based on the principle that the therapist can channel energy into the patient by means of touch, to activate the natural #healing processes of the patient's body and restore physical and emotional well-being.” Reiki's advocates say it can treat many conditions and emotional states while some studies show that Reiki can slightly reduce pain, but no studies have shown that it is effective in treating diseases. Despite skepticism in many medical circles, #reiki is growing in popularity as a form of energy therapy.

Today, how we work, play and live has changed dramatically over the years. Technology plays a huge role, allowing us to be more mobile, efficient and productive. The phrase ‘rat-race’ was coined in the 1930s and is an expression describing a way of life where people compete for power and money. As we progress in modernity, we are regressing on a personal level.

Twenty-seven percent of Canadian workers claim to have high to extreme levels of stress on a daily basis, according to a study by Carleton University and according to the World Health Organization, more than 300 million people worldwide suffer from depression, an increase of more than 18% between 2005 and 2015.

Meanwhile, 260 million people suffer from anxiety disorders. While many seek the professional help of psychiatrists, psychotherapists, and medical doctors, there is a new movement towards spiritual healing and emotional well-being.

During my own experience of Reiki, I was a bit nervous and skeptical, not knowing what to expect. My Reiki practitioner explained the session would be an hour long, as she burned sage in the room and turned on some music.  Essentially, we have seven spinning chakras in our bodies that start from the crown of our head to the bottom of our feet and in a clear, energy-flowing body, they spin freely. However, when we suffer from stress and physical pain, a #chakra can be blocked.

I was a bit confused but she offered up a great analogy. Think of Feng Shui in a house. Our bodies are the house and if furniture (a blocked chakra) is blocking a door where energy enters, there is no balance and proper flow. Blockages in our body can be manifested as inflammation or even diseases in key areas where we carry stress.

What fascinated me about the Reiki practice is this: your practitioner acts as a conduit, helping move energy from your higher self that is blocked by the physical world. They connect with the energy of the Universe, God or whatever you believe is your infinite power and channel that into you for healing purposes. It is all about balance and energy exchange is needed to create that balance – be it in the exchange of money for their service or any other type of exchange, as everyone has value and something to offer.

In comparison to other Reiki masters who perform energy healing but don’t talk about it, the unique differentiator about my practitioner was that she felt compelled to relay messages she received from the Universe. During the session, I felt a warm and tingling sensation as her hands hovered above my chest and legs. My throat chakra was blocked and this was indicative of my inability to communicate during a particularly tumultuous time in my life. She also released the blockages in my arms and knees and indicated I was carrying too much stress and needed to let go and surrender. That explained the inflammation in those areas of my body. After, she discussed what messages she received, and the reasons behind my blockages, which were spot on to what was going on in my life!

After a Reiki session, you may experience lightheadedness, fatigue or even get cold-like symptoms. For me, I felt like a weight was lifted off my shoulders (literally). I left my session no longer a skeptic, even though I had entered the world of spiritualism where #meditation and #mindfulness were core factors in my healing.

Although there is no scientific proof that Reiki cures cancer and diseases, more and more people are seeking hands-on healing to cure the root of many diseases that develop due to physical and emotional distress or ‘dis-ease’ in the body. Why not turn to the new therapy of Reiki instead of using drugs and alcohol? When we remove ourselves from the ‘rat-race’, we all have the ability to heal ourselves with the energy we possess. At the end of the day, the key to human health and recovery, which initiates our natural and innate healing abilities, is good, ‘ole fashion ‘relaxation.’

Here is a YouTube video of Reiki music for your own listening pleasure, but you’ll have to skip through the ads at the beginning.